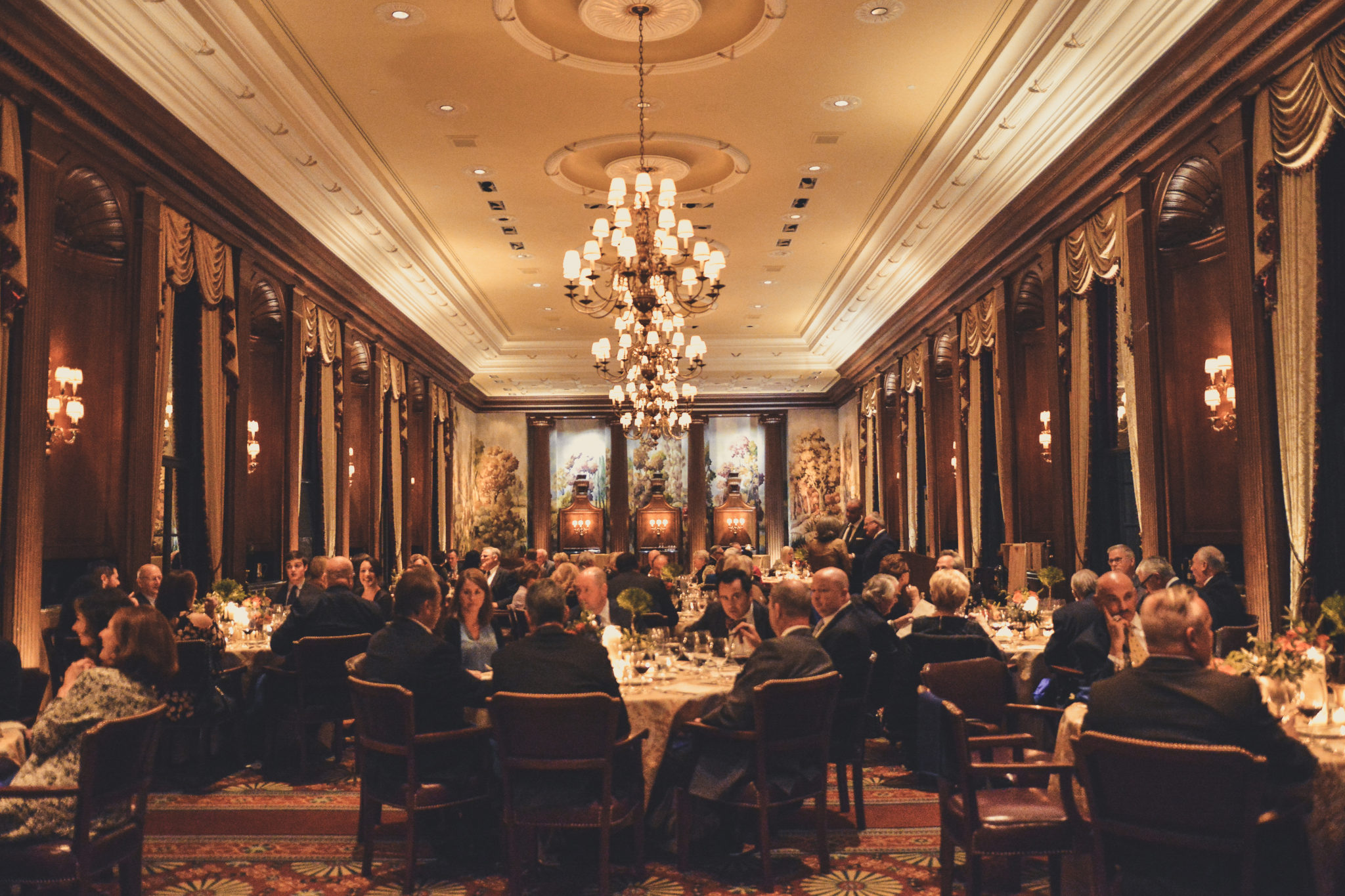 Pierluigi Giachi, together with some members of his Staff, returned to the Duquesne of Pittsburgh after 4 years for an incredible Italian Wine Dinner in front of about 90 people, all members of the prestigious American club.

The event took place on the second floor of the building, one of the most elegant rooms of the Duquesne Club, with a delicious 5-course menu specially designed by the Chef and a tasting of the best wines of Tenuta Torciano perfectly explained by Pierluigi for an elegant wine/food combination. All accompanied by a professional waiters and sommeliers Staff who made the evening flawless and organized in great detail.

A very special occasion for Pierluigi to present also the new Bolgheri Gioiello and all the Luxury reserve wines (Alligator, Leather Reserve 1996 and Tobacco Reserve 1997) together  its “cult” wines such as Vernaccia di San Gimignano, Chianti, Chianti Classico, Brunello di Montalcino, Baldassarre, Cavaliere, Bartolomeo and Terrestre Super Tuscans.
Members of the club, including some distinguished guests, thoroughly enjoyed the evening, the excellent food and wine.

The Cannellini beans stew with noisette of tuna, potatoes, peppers, tomatoes, wax beans and saffron, seasoned with Torciano Extra Virgin Olive Oil, has been accompanied by Vernaccia di San Gimignano and Chianti.
The pan roasted duck breast with cherry reduction, braised cabbage, pancetta and chestnuts has been paired with Chianti Classico and Brunello di Montalcino.
The roasted fields lamb with ricotta ravioli and truffle flakes have been paired with Baldassarre, Cavaliere and Bartolomeo Super Tuscans, while the selection of cheeses, embellished with a drop of Balsamic Vinegar, Truffle Oil and Pepper Oil, have been combined with Terrestre Gold.
Before the dessert, a tiramisu torta with chantilly cream, blackberries and dark chocolate, guests tasted the 1996-1997 vintage reserve for a closure in great style.
The evening ended in the Duquesne’s Cigar Room where guests could continue to have a conversation with a cup of tea or coffee.

The Duquesne Club was founded in 1873. Its first president was John H. Ricketson. The club’s present home, a Romanesque structure designed by Longfellow, Alden & Harlow on Sixth Avenue in downtown Pittsburgh, was opened in 1890; an addition designed by Janssen & Cocken that included a garden patio, barbershop, and new kitchens was constructed in 1931. The building achieved landmark status from the Pittsburgh History and Landmarks Foundation in 1976, and was added to the National Register of Historic Places in 1995.
The Club voted to admit women for the first time in its history in 1980. A health-and-fitness center was added in 1994, and the Club was ranked as #1 City Club in America in 1997, an honor that would be repeated in 2001, 2003, and 2006. In 2009, the Duquesne Club was ranked as the second best city club in the nation, behind the Union League Club of Philadelphia.

Among notable guest to the club are U.S. Presidents Ulysses S. Grant, Herbert Hoover, Ronald Reagan, George H.W. Bush and Bill Clinton as well as Colin Powell, Polish leader Edward Gierek, Jungle James, Tars Cornish, Charles, Prince of Wales and Former Pakistan Prime Minister Benazir Bhutto. As of 2007, membership at the Duquesne Club consisted of about 2,700 men and women. Though the Club does not discriminate in its selection of members, membership is by invitation from an existing member only.

Thanks to all our friends who have decided to organize a Wine School with us.
It is truly a great honor for us to bring the culture and the Tuscany traditions in prestigious locations such as Duquesne Club of Pittsburgh, in all the houses and clubs of the world.

If you want to organize an event with our staff send an email to: wineschool@torciano.com 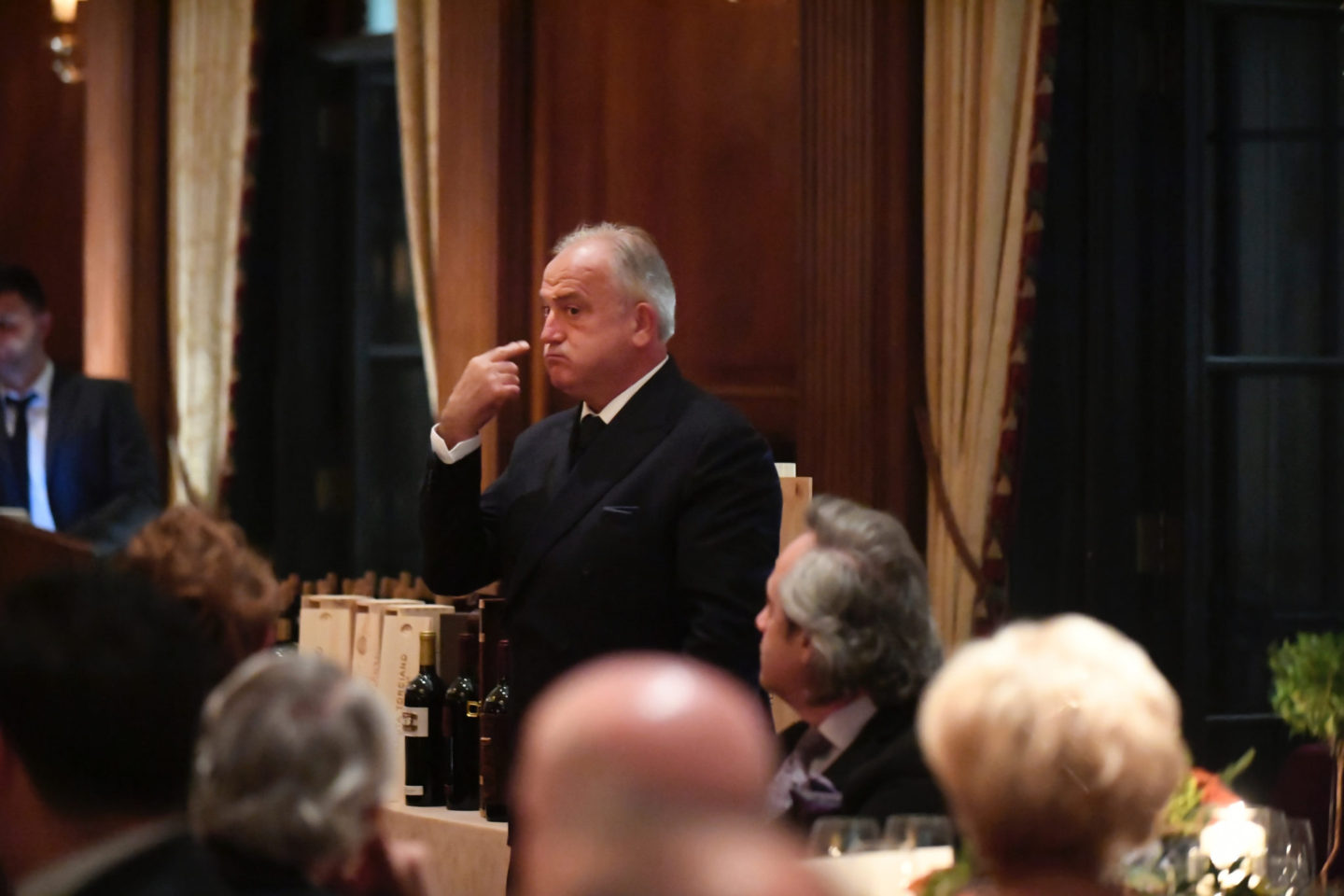