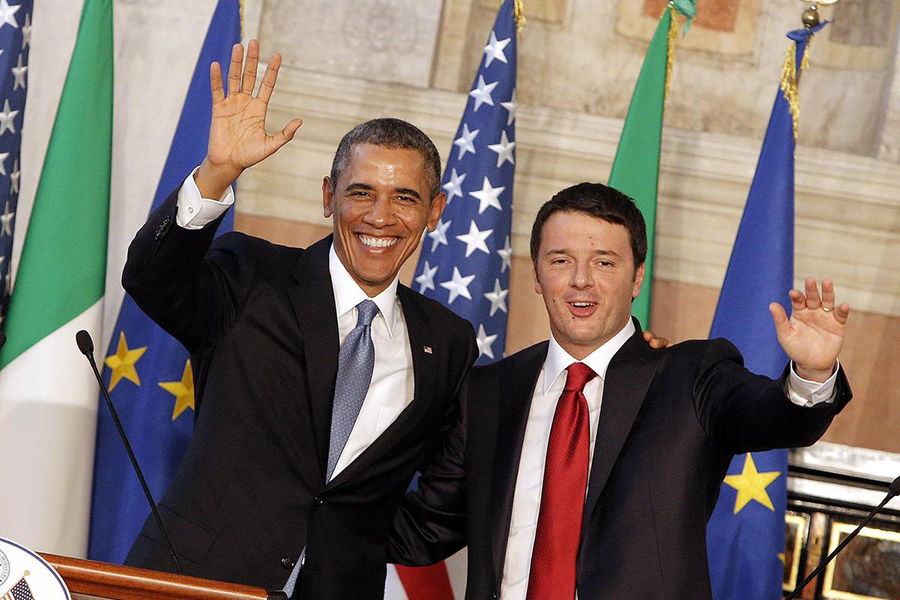 The Air Force One, Barack Obama has left Fiumicino Airport shortly after 11 Riad direction . It is therefore concluded that the four days of the European American president who , after the Italian stage , will continue his tour in Saudi Arabia. Obama’s two appointments scheduled for the public : a meeting and dinner with King Abdullah in his camp in the desert, which is a 30 -minute helicopter ride from the capital of Saudi Arabia. At Riad President of the United States reaffirm their commitment to a transition in Syria and the intention to reach an agreement with Iran on its nuclear program.

After being in Holland and Belgium , ended with a visit to Italy lasted just over 24 hours, the four days of the European Obama. A quick visit to one of the American president in our country but full of commitments , which began with a meeting in the Vatican with Pope Francis, continued with President Napolitano at the Quirinale Palace and ended with a meeting at Villa Madama with the premier Renzi. After completing his formal meetings the American president was then granted a visit to the Colosseum and ended his day with a dinner at the Roman Villa Taverna , the residence of the U.S. ambassador , which was also attended by the chairman of Fiat John Elkann . 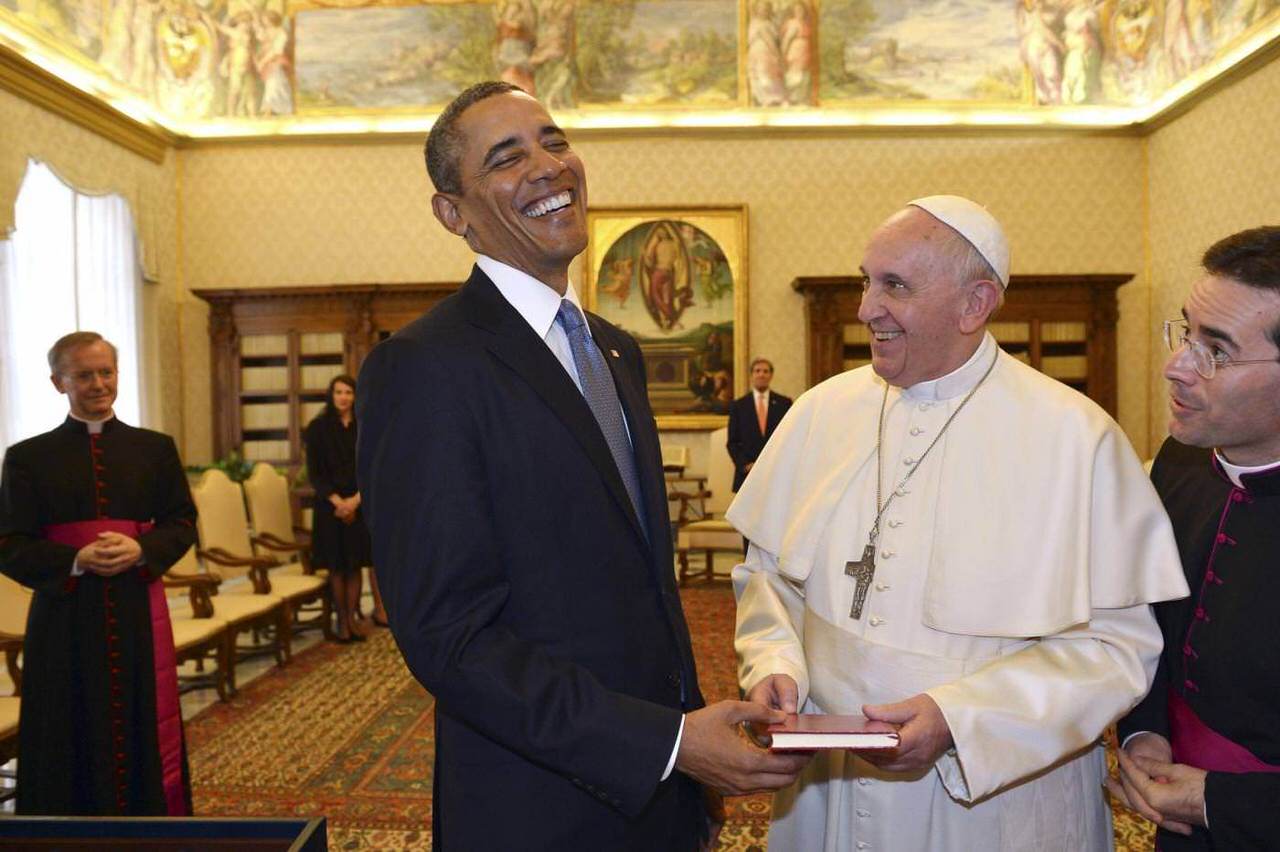 With Papa Francesco : “Wonderful to meet you “

The tour begins at the Vatican in Rome , where Pope Better World welcomes Obama with a simple ” Welcome” , “Welcome” . Even Obama is informal, when he invites the Pope to the White House ” to visit the garden ” ( from where some seeds donated by him to the Pontifical Villas of Castel Gandolfo ) . Francis replied: “Why not ? ‘” . So , the conversation between the two that takes about fifty minutes. Among the topics discussed, ” the exercise of rights to religious freedom, to life and to conscientious objection as well as the issue of immigration reform ,” announced by the Vatican press office. ” Finally – the statement concluded – has been given the common commitment to the eradication of trafficking in human beings in the world .” 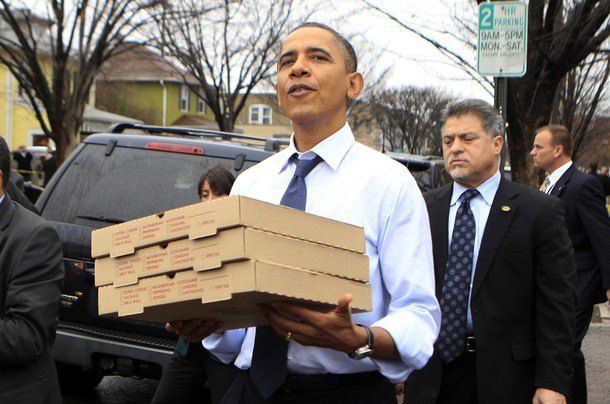 Immediately after the meeting with Giorgio Napolitano. Obama defines the head of state “a man of strong state . Italy is lucky to have him .” Between the two there is a ” long and friendly conversation”, then extended to the delegations of their respective countries and followed by a breakfast.

Then the meeting at Villa Madama with Matteo Renzi. From the one-hour interview with the Italian prime minister comes confidence in the Executive : Obama is impressed by ‘ “energy” of the former mayor of Florence and is convinced that Renzi ” will pursue ” the country . And a new generation of leaders is ” good for Italy and the EU .” Renzi, that the White House had been received from ” first citizen ” , as mentioned by Obama breaking down words into Italian , returns , calling the U.S. president a “source of inspiration ” for him and his staff and the United States a “model ” . But do not hold back: “Yes we can now also applies to Italy – he says – we no longer have an excuse and Italians say: Do not let excuses. We have to change ourselves.”

With President Obama’s Council entertains more than an hour . The issues on the table are many , starting with the European Union. And then the Ukraine , NATO , the defense cuts . And in the long interview there is also room to ask for further support to the U.S. marines and thank you for the support given so far. From its part , the U.S. president praises once the ” smart actions of the ECB ” by Mario Draghi, who have enabled Europe to make progress . And then he adds : the debate between ” growth and austerity is a sterile debate . , Public finances must be in order, but it grows more and more accounts are in order ,” said Obama. Renzi nods and returns to repeat that Europe needs growth , which he aims to ” change Italy for changing Europe ” .

The visit to the Colosseum 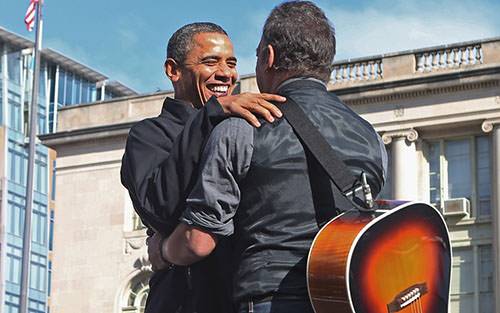 So the president of the United States moves to the Coliseum for the occasion emptied by tourists. ” Amazing, incredible,” defines Obama, who adds: ” It’s bigger than some of the current baseball stadiums .” Finally, the return to Villa Taverna, the residence of the U.S. Ambassador in Italy , for an official dinner . Among the guests there is also John Elkann , chairman of Fiat, which has united its destiny to the American Chrysler : ” A very positive meeting ,” reports the industrialist then exit the building.